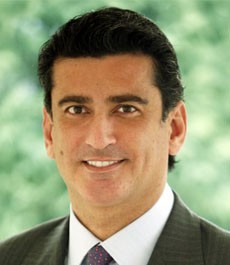 Misbah Ahdab also known as Mosbah El Ahdab is a famous Lebanese Member of Parliament for the District of Tripoli.

Misbah Ahdab was born on the 1st of April 1962 in Tripoli, Lebanon.

Misbah El Ahdab holds a degree in Business Administration from the European Business School in Paris. He also holds another degree in Economics from the London School of Economics.

Misbah Ahdab represents the Democratic Renewal Movement, which is known as Al Tajaddod.

Misbah Ahdab is considered the most handsome male politician in Lebanon.

Help us improve this page:   Correct or update the Misbah Ahdab page