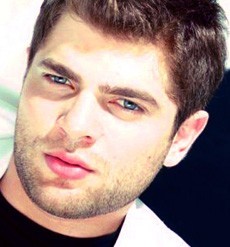 Michel Azzi (sometimes written Michel Azi) is an Arabic Pop singer from Lebanon. Not to be confused with Micho Michel Azzi the TV host. Michel Azzi first became known to the public after appearing on the TV reality show Star Academy - Lebanon.

In the year 2010, Michel released his first single entitled "Gharamak" which received a lot of good reviews and played well in the music charts in Lebanon.

His student profile can be viewed under Michelle Azzi.

Help us improve this page:   Correct or update the Michel Azzi page