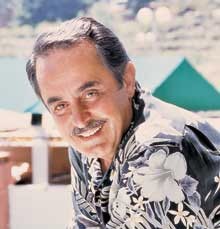 Melhem Barakat also known as Melhim Barakat is a famous Lebanese singer. Melhem barakat started his career back in the 1980s, He also appeared in many lebanese movies back in the 80s. - Melhem Barakat hit song from the 80s was called Kboush El Touti and Wahdi Ana (I am alone).

Since the year 2000 Melhem Barakat had serveral hit songs, such as Habibi Enta, which was later sung by his x-wife May Hariri.

Help us improve this page:   Correct or update the Melhem Barakat page