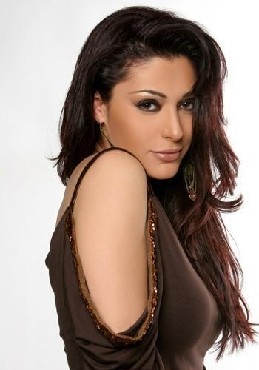 Maya Nasri was born in a town in North of Lebanon. Later on, she moved with her family to Beirut where she joined the Lebanese University of Fine Arts and studied theater, television, cinema, acting and directing.

Maya Nasri started her career as a model, but in the year 1998 decided to become a singer. She participated in the television show (Kas Al Nojom), where she won three gold medals for her performances. She was artistically adopted by the director Simon Asmar, who did his best to promote her.

With the release of her debut album Akhbarak Eih? (What is your news?), Maya Nasri started her journey in the world of fame. Her Album had three hit singles Akhbarak Eih?, Ya Wahashni, and Khalini Bil Jaw. As a result, Maya Nasri went on her first Middle Eastern tour, which was a huge success.

Law Kan Leik Alb ( If you have a heart) was her second album and was produced by Rotana. The Hit Single topped all the charts throughout the Middle East. The album's second single, 7abbit Hob also did very well and was constantly being played on radio and television. According to a poll conducted by the Israeli televisions regarding viewer’s interest in Arab singers, Maya Nasri was denoted the title of ‘best loved Arab singer’ in Israel, making this young pop singer an amazing sensation even in Israel.

Maya then released the single Ana Bahtaglak, which did moderately well on the charts. After she had finished promoting the album she decided to begin composing a third album.


In 2007, Maya Nasri starred in the Egyptian movie, Code 36, with Egyptian actor Mostafa Sha'aban. The film was a bad low budget copy of The Bodyguard (Whitney Huston and Kevin Costner)and received negative reviews. Maya later also starred in Khareg 'ala Lqanon (2007) and in Bamboozi (2008).

Help us improve this page:   Correct or update the Maya Nasri page