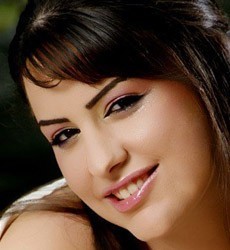 May Matar is a Lebanese singer.

Although she had been singing long before that, May Matar became known in 2010 after releasing Metlak Mesh 3ayzin (Men Like you we don''t need) a response song to Mohamad Iskandar's machoist song Joumhouriyet Albi.

"We have men that are proud of their education, who understand the importance and value of diplomas. They are the ones to like women for their intelligence. We don't need men like you taken by their sexual urges..."

" We don't want men who come from the dark period of jahiliyya (reference to ignorance) to come and control us, claiming this is masculinity, ..."

Help us improve this page:   Correct or update the May Matar page