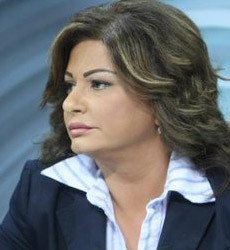 Matilda became famous for presenting a program on Hia TV, a channel dedicated to female viewers in the Arab World. She would invite all sorts of guests including politicians, celebrities, authors ... and discuss with them social and artistic issues. She hosted controversial shows like 'jari'e jiddane' and 'al makchouf, etc..before moving to Future Television and hosting for a very short while Nabad, that was stopped by the producers for reasons Matilda still ignores.

Matilda Farjallah is also editor in Chief of Signe Magazine.

Help us improve this page:   Correct or update the Matilda Farjallah page