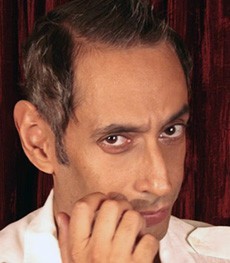 Mario Bassil is a Lebanese stand up comedian and actor. Mario is a well-known comedian throughout the Arab world.

On television, Mario Bassil took a main role in the political comedy tv series Moni3a Fi Loubnan. The show played for more than five years on LBC and was a major success in the Arab world.

In theater, Mario Bassil has acted, directed and produced the famous political Comedy Night. The play is a political satire of the situation in Lebanon and the Arab World.

In 2009, Mario Bassil was awarded the Best Comic Actor during the annual Murex Dor Awards.

Mario also performances as host and entertainer at many festivals and event shows.

Help us improve this page:   Correct or update the Mario Bassil page