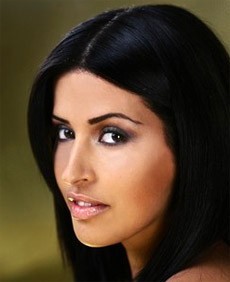 Manel Filali was born as Nour El Houda Filali on the 11th of December 1981 in Algiers, to a Yemeni-Algerian father and an Algerian mother. She was shortly raised in North Africa, before moving to Paris, and finally settling in Berlin, Germany.

The name of the band Milk and Honey, somewhat resembles that of a much older female British rap/pop duo from the 90’s called Salt-n-Pepa. Manel and her partner Anne Ross create Kitsch and commercial tunes, which are marketed through sexy videos à l’Oriental. They also remix old Rai songs that have already proven their popularity. Their first single Habibi (je t´aime), released by Warner Music in Europe and the U.S.A., ranked 16th on the German single-charts and remained for 12 weeks in the Top 100. Milk And Honey's debut album Elbi was released by EMI /Virgin in the Middle East, North Africa and Eastern Europe.


In 2009, Manel Filali attempted a solo experience and released Leche Leche (Anna Anna), a hit single and video featuring Don Cali & Lafrotino. The rhythmic song aired for a long while on Melody Hits TV Channel, and gave Manel a stronger exposure in the Arab World. She is now continuing her carrier as a solo artist.

The lyrics of the song Leche Leche Anna Anna are quite suggestive, and withhold a hidden meaning. (Why Me, Why Me) suddenly becomes (Lick Me, Lick Me). READ MORE

Help us improve this page:   Correct or update the Manel Filali page