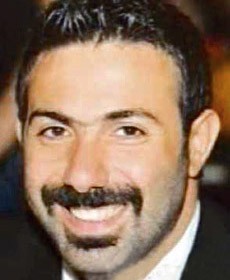 Mahmoud Mokdad was a Lebanese television and videoclip director.

Mahmoud Mokdad was born in 1980, and died on the 22nd of July 2010 when he was murdered in his home in Geitawi neighborhood Achrafieh.

As a videoclip director, Mahmoud Mokdad directed two clips for May Slim (Meen Elli Allak and Skatelo). He also directed a clip for Bashar El Ghazawi for his song Ya Salam.

In television, Mokdad worked at Future Television in the program Akhbar Al Sabah. Before his death, he was appointed for a new position that involved directing a new entertainment program for Al Jadeed TV entitled Darb Mkabal.

Mahmoud Mokdad roommate was no other than Syrian model Samer Elias who died few month earlier (Dec 2009) as a result of some muscle growth supplements overdose. After the death of Samer, Mokdad's friend, a lawyer, decided to live with him and help him during this difficult period.

According to the authorities who undertook the investigations, the crime happened between 10:30 and 11:30 p.m. on Wednesday 21st of July 2010.

Next to his body was a piece of paper which had the following message: (To whom It May Concern: This is the fate of All Traitors ...signed Ansar Al-Sayyed Hassan Nasrallah). The Lebanese Security forces believed the murderer left the paper document to mislead the investigation. Later on, it was believed that Mekdad killing was a result of intimate and personal reasons.

Aside from Directing, Mokdad owned a nightclub in Gemmayze Beirut known as Milk.

Help us improve this page:   Correct or update the Mahmoud Mokdad page