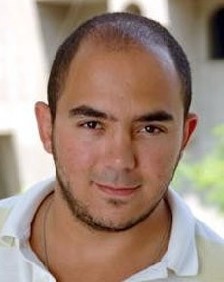 Mahmoud El Esseily became famous along with Boushra, the couple formed a nice duet and had two successful songs.

In the year 2008 he released a collection of new songs.

Later in 2009 he released his album entitled Tool Manty Ganby which had made good hit songs.

Help us improve this page:   Correct or update the Mahmoud El Esseily page