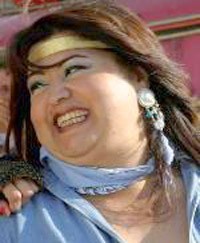 In 1998, Liliane Nemri is casted as a strong yet frustrated and sexually deprived wife in the internationally acclaimed film "West Beirut", directed by Ziad Doueiri. To date, West Beirut is considered one of the best Lebanese movies ever created, and remains one of Nemri's best roles. Her character in the movie seems to have tagged her and has followed her in her later work. The film won the Prix François Chalais at the Directors' fortnight of the Cannes Film Festival.

In 2003, Nemri also appears in The Kite or Le Cerf-volant (Tayyara men wara)by the director Randa Chahal Sabag. In the story of a young girl forced to marry her cousin over the border of the pre-occupied territories in southern Lebanon, the funny Nemri stars as Shirine the aunt.

Liliane Nemri later appeared as Arzeh a Dabkeh dancer in the road musical "Bosta"(Bus), directed by Philippe Aractingi in 2005. The movie that also features Nadine Labaki, was submitted as the official Lebanese entry in the 79th Academy Awards (Oscars) in the Best Foreign Language Film category.


Equipped with her strong sense of humor and big sized posture, Liliane Nemri often appears in Tv commercials, such as for Solar water heating systems or Bacon meat ads. She is also an esteemed TV guest, and often takes part in entertainment shows.

Help us improve this page:   Correct or update the Liliane Nemri page