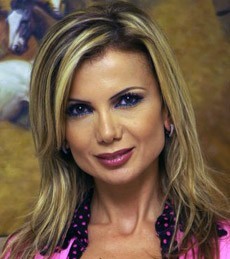 Liliane Elia Naassy also known as Lilian Eliya Naassi is a Lebanese television presenter and a radio anchor.
She became popular on TV as being one of the team members of Ouyoun Beirut, a television show which features interviews and events from Lebanon. Liliane presented the show along many other hosts such as: Raghida Chalhoub, Diana Rizk, Rita Harb, Grace Baaklini and others.

She also presented the program Drive at Five - Jameaet El Seaa 5, the program is now hosted by Viny El Roumy.

On the radio, Liliane Elia Naassy hosted a show called Cafeine which used to air in the morning between 7 and 10am on Melody FM Lebanon. Later Liliane left Melody and the program was substituted with Hawa-Beirut which is presented by Sana Nasr.

Help us improve this page:   Correct or update the Liliane Elia Naassy page