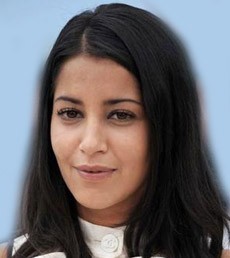 Leila Bekhti (or Leïla Bekhti)was born at Issy-les-Moulineaux (France), in 1984.

After getting her french literature Baccalaureate, Bekhti studies at the Theater School in Paris. She later attends classes at Tobliac with Stephane Gildas, and at Art'aire Studio with Berengere Basty. In the mean time, Leila works small part time jobs to pay for her tuition.

In 2005, Leila Bekhti is casted for Sheitan, a film directed by Kim Chapiron. She plays the role of a wild "Beurette". She also meets her future agent who will help her in her career moves.


Her following appearances include:

-2005 Paris, Je t'Aime, directed by Olivier Assayas, and considered to be a little gem by the New York Times.

-2006 Harkis, a film by Alain Tasma, created for France 2 based on a scenario by Dalila Kerchouche

-2006 Mauvaise foi, one of the first films by Roschdy Zem


Help us improve this page:   Correct or update the Leila Bekhti page