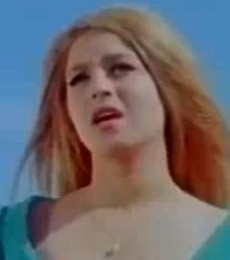 Laurice Mezher, better known as Randa was a Lebanese singer and actress famous in the 60s.

Randa was born in the 40s, and became known in the mid 60s for acting and singing in musicals such as the movie Al raheena, directed by the Egyptian director Ali Badrakhan.

Randa disappeared suddenly in the 70's, without any clear explanation for her early retirement. In December 2011, Zaven Kouyoumdjian launched a search for her through his TV program Zaven Online on Future Television.

Help us improve this page:   Correct or update the Laurice Mezher page