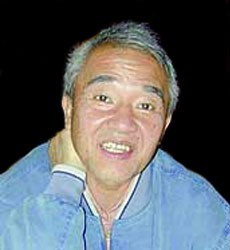 Kozo Okamoto was a member of the Japanese Red Army (Arab-JRA).

Kozo Okamoto (or Kōzō Okamoto) was born on December 7, 1947. He was originally a botany student from a respectable middle-class family when he was recruited by the JRA, a far-left group founded by Fusako Shigenobu in 1971 in Lebanon.

Kozo Okamoto was responsible for operations in Israel(occupied Palestine), including the Lod airport incident carried out along with Tsuyoshi Okudaira and Yasuyuki Yasuda on May 30, 1972. It was referred to as Operation Deir Yassin, in response to the 1948 Deir Yassin massacre by Jewish Irgun members. Unlike the two others, Okamoto was severely injured but survived and was captured and held in Israeli jails for 13 years until he was released in 1985, as part of a prisoner exchange with Palestinian militant factions.

On July 8, 1972,the Palestinian short story writer and spokesperson for the PFLP Ghassan Kanafani,and his niece , were assassinated in retaliation for the attack. In early 1978, Wadie Haddad, the primary organizer of the attack, was also assassinated by the Mossad.

After his release from prison in occupied Palestine, Kozo Okamoto moved to Libya, then Syria, and finally to Lebanon where he reunited with other members of the Japanese Red Army.

On February 15, 1997, Lebanon detained five Red Army members, Haruo Wako, Masao Adachi, Mariko Yamamoto, Kazuo Tohira and Kozo Okamoto for using forged passports and visa violations. They were sentenced to three years in prison. The sentence was passed by Judge Soheil Abdul-Sams on July 31, 1997. After their prison term was completed, four of the members were forcibly deported to Jordan and from Amman, Jordan via a chartered Russian plane to Japan. The Lebanese government, however, granted political asylum to Kozo Okamoto, who has been long deemed a hero among Arabs. According to the Lebanese government, he "had participated in resistance operations against Israel and had been tortured in Israeli jails."

Kozo Okamoto is believed to now live in an apartment in the suburbs of Beirut, where he leads a quiet life, adding he is glad when Palestinians come up to him to offer to shake his hand in the street. To note that Kozo Okamoto is said to have been mentally damaged during his time in an Israeli prison where he was tortured after he was sentenced to life in prison over the Lod airport attack.

Kozo Okamoto is currently still wanted as a criminal by the government of Japan.

Help us improve this page:   Correct or update the Kozo Okamoto page