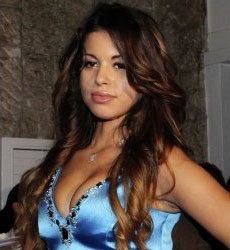 Karima Keyek is a controversial personality from Morocco that became famous after a scandal involving the Italian PM Silvio Berlusconi broke out in the media in late 2010.

Karima Keyek, born on 1 November 1992, is a Moroccan ‘belly dancer’ based in Italy. She is known by her stage name Ruby Rubacuori (not to be confused with Egyptian belly dancer and singer Rouby), but her real name is Karima el-Mahroug. In a funny anecdote, Berlusconi identified her to an Italian police chief as Egypt's President Hosni Mubarak's niece!

In reality, Karima isn’t related to the Egyptian president. Daughter of Moroccan immigrants, Miss Keyek left her Muslim family home at age 14, escaping the assaults of her father. She supposedly converted to Catholicism. Although she worked as a ‘belly dancer’, Miss Karima El Mahroug did not have a residence permit entitling her to live and work in Italy.

Karima Keyek allegedly received 7,000 Euros after attending a dinner party thrown by the Prime Minister Berlusconi at his private villa outside Milan in early 2010. She reportedly told Mr. Berlusconi that her ambitions were to gain Italian citizenship and to join the Carabinieri (paramilitary police force in Italy). She said Mr. Berlusconi had originally thought she was in her 20s and that when she revealed she was only 17, he told her that he had had problems related to under-age girls in the past and that he could no longer have any contacts with her. She said she was pregnant by a boyfriend when she attended the dinner at Mr. Berlusconi's residence, but later had an abortion.

The Italian prime minister was accused of personally intervening to have Karima Keyek released from police custody when she was arrested in May 2010 on suspicion of stealing cash and valuables from a Brazilian female acquaintance in Milan. Mr. Berlusconi did not deny that he knows Miss Keyek, or that he invited her to his parties.

Speaking out on the scandal, Berlusconi defended himself by saying, "I love life, I love women", adding, "It's better to be passionate about a beautiful girl than a gay.” As a result, Berlusconi faced new calls to resign. Labor minister Maurizio Sacconi warned however of a possible "organized ferocity" in a bid to force Berlusconi out of power. Veronica Lario, Mr Berlusconi's estranged wife and the mother of three of his five children, last year said she believed that he was "unwell", announcing that she wanted a divorce after 20 years of marriage.

The aspiring Moroccan model Karima Keyek will soon publish all her story in an autobiographical book, which will of course include a chapter on Berlusconi.


Berlusconi and Ruby Karima Keyek scandal in the media :

The scandal broke loose after Karima Keyek was arrested on a charge of theft at an Italian Police Station in May 2010. Shortly after, Italian Prime Minister Berlusconi called in requesting her release and claiming she was a relative of Egyptian President Hosni Mubarak. He offered to dispatch a colleague to take temporary custody of her should she be released, and sent Nicole Minetti the regional councilor for his Freedom People Party. Nicole is actually a half-English TV showgirl turned dental hygienist, who reportedly caught Berlusconi's eye when she treated his broken teeth caused by a political rally!

According to widely respected newspaper Corriere della Sera, he urged the officer not to send Karima to a shelter after she had been detained for theft. The PM was quoted as saying: "We know this girl, but most of all I want to explain to you that she has been identified to us as the grand-daughter of Egyptian President Hosni Mubarak."

Mr. Berlusconi was called to resign and was criticized by the Catholic weekly Famiglia Cristiana as lacking ‘self-control’.

Ruby first denied sleeping with the Prime Minister and told La Repubblica that Mr. Berlusconi "behaved like a father". She went on to tell Oggi magazine: "Silvio took me upstairs. He wanted to help me. He told me that he wouldn't ask anything in return. "He gave me an envelope with €7,000 (£6,000) in it and I told him I dreamed of gaining Italian citizenship and becoming a policewoman."
Later on the story changed. According to the Guardian and in contradictory allegations, Ruby described her visits to the PM's luxurious villa, which she termed "bunga-bunga" parties, and confirmed receiving lavish gifts.

For another controversial Arab personality involved in a similar affair in Europe, check Zahia Dehar.

Help us improve this page:   Correct or update the Karima Keyek page