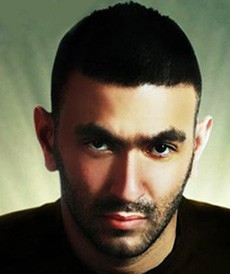 Karim Mohsen is an Egyptian singer who was born in Cairo, Egypt.


He holds a Bachelor Degree in Media Studies from 6th-October University.

In 2006, Karim Mohsen became popular after the release of his hit single Yalla Maa El Salama with singer Shady. The video-clip of the song was produced and directed by the current husband of Asala Nasri, the famous producer Tarek Al Arian.

After his contract with Tarek got terminated, Karim decided to take his career in music more seriously.

He began by composing many hit songs for various Arab singers such as: Waeid Aalia for the Egyptian singer Zizi Adel, He also composed Kan Feen Min Bardy for Khaled Selim.

Karim became more prominent as a singer, actor and composer after his collaboration with singer Tamer Hosny.

In 2008, Karim worked with Tamer on his "Haeesh Hayati Album". Karim composed four songs: Kol Ely Fat, Taaba Kol El Nass, Haeesh Hayati and Beyhsedoni Aaleek. He also composed the English song "Come back to me". Tamer believed in Karim talent in acting so he was given a role to play in Omar wa Salma 2.

Help us improve this page:   Correct or update the Karim Mohsen page