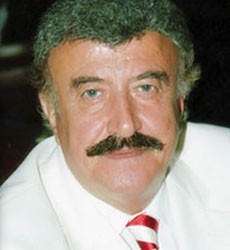 Kamal Chatila is a Lebanese politician and the President of the People's Congress(Mootamar al Shaabi).


Kamal Chatila , also written Kamal Shatila, was born in Beirut in 1944. He became an activist early on, and in 1963 began his political journey in the student community of the Faculty of Law and Political Science at the Lebanese University. Up till 1968, he co-founded and headed the National Congress of Students of Lebanon, and managed to unite the Muslim and Christian students under one wing.

In 1965, he founded the Union of Forces for working people, with several other young activists of the movement and Arab Nationalists (Nasseriyin), including Najah Wakim, who was elected in 1972 as a Beirut MP to represent the Union.

With the outbreak of the Lebanese war in 1975, Kamal Shatila was a member of the National Dialogue Committee, headed at the time by former Prime Minister Rashid Karami. Kamal also chaired between 1976 and 1980 the Popular Front and the Lebanese National, favoring an Arab solution to the crisis.

In the 80s, Chatila became president of the newly established Lebanese People's Congress. His opposition to the militia that controlled West Beirut, forced him into exile to France in 1984. From there, he called for a general strike against the reign of militias in Beirut. In returned to Lebanon in 2000.


Kamal Chatila is a strong defender of national unity and has instigated many dialogues concerning Muslim – Muslim relationships. According to him, there will always be radicals in all factions, but believes the central and moderate trends in the Sunni and Shiite spheres, should be protected and encouraged. He stresses that Muslim unity is a fundamental element in enhancing stability in Lebanon. He also emphasized that the Sunnis and the Shiites should always meet on all levels, in order to be able to establish a unity on the ground to overcome all attempts of creating discord and fragmentation sponsored by America and Israel.


Kamal Chatila is a strong supporter of the Lebanese Resistance, and is often a guest speaker on Al Manar Television.


It is believed that Kamal Chatila refused twice the offers to take on the post of Prime Minister: The first time was in 1976 at the end of the mandate of President Suleiman Franjieh, and later on in 1987, during the term of President Amine Gemayel

Help us improve this page:   Correct or update the Kamal Chatila page