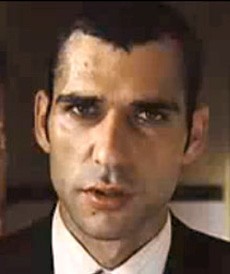 Kais Nashef is an Arab-Palestinian actor from the town of Taibe in Palestine.

Kais Sameh Abdel Rahim Nashef was born in 1972. He is part German from his mother's side.

Nashif studied acting at the Beit Zvi - School for Stage Arts and the Yoram Levinishtain Acting School in Tel Aviv.

Kais Nashef was still working as a barman when he got the role of Said in Paradise Now (2005), officially the first Palestinian film to be nominated for the Academy Award for Best Foreign Language Film. The movie also won a Golden Globe in 2006, and was nominated for many other international awards.

Since then, Kais has appeared in numerous movies such as Alenbi Romance, The Nativity Story, and AmericanEast.

In television, Kais played a role in Denn die Seele ist in deiner Hand in the year 2009.

Help us improve this page:   Correct or update the Kais Nashef page