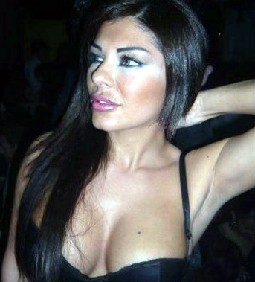 Jihane El Masry first appeared in Studio el Fan, a TV show competition for amateurs on LBC, and won the gold medal in belly dancing. She danced in many restaurants and was a guest on many TV programs, where she would wow the spectators with her skilled style and beauty.

Like most Arab models of this last century who were inspired by Haifa Wehbe’s successful crossover, Jihane El Masri also decided to venture into the Music Industry.

She released her single “El Halabessa” with a sexy music video that features Marcelino Gebrayel, one of the most handsome candidates from the Mr. Lebanon 2010 Pageant.

Help us improve this page:   Correct or update the Jihane El Masry page