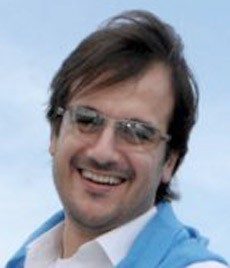 Jean Marie Riachi is a famous Lebanese composer and music producer. He was born on the 24th of May 1970 in Ras Baalbek, Bekaa area, Lebanon.

Jean Marie had a great passion for music ever since he played the keyboard at the age of 8.

In 1988, He took part in the famous Talent show, Studio El Fan, and soon he became popular. At that time he was studying at the USEK University.

In the year 1999 and after 10 years of being in the industry, he started his musical production company as a composer and produced his hit single with artist Elissa, the song was Baddi Doub..

In the year 2001 Riachi established the Jean Marie Audio Productions studio. and after a year created the label, Oriental Music Publishing - OMP.

Jean-Marie produced songs for the soundtrack of the documentary movie Les Cendres du Phoenix. In addition to producing the theme song Nour El Shams sung by Pascale Machaalani, the song was used for the Hollywood movie Spy Game.

In the year 2006, Jean Marie Riachi arranged and mixed "Light the Way," that Jose Carreras and Majida El Roumi performed at the 2006 Asian Games in Doha, Qatar.

Help us improve this page:   Correct or update the Jean Marie Riachi page