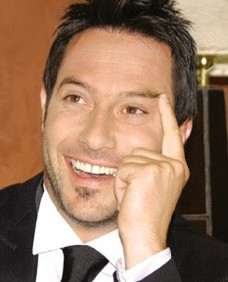 Issam Breidy was a prominent Television actor and singer who received fame through his role as Issam in the social comedy program "Adam and Eve". On Sunday morning 12th of April 2015, Issam Breidy died as a result of a car accident.

Issam Beidy also took role in the drama Between Beirut and Dubai, which aired on LBC.

Apart from his high skills in acting, Issam is fully devoted for art and music; he had participated in the Studio El Fan in 2001, Folk songs section.

The song has been shot as a video clip and directed by Bassem Meghneyeh during a complete day in the Kleiat region.

Help us improve this page:   Correct or update the Issam Breidy page