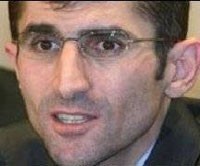 Husam Taher Husam also known as Housam Tahir Housam is a a self-proclaimed former Syrian intelligence who operated and lived in Lebanon.

Following the Assassination of Prime Minister Rafik El Hariri, Husam Taher Husam approached the commission and made a number of astonishing claims.

Husam told the IIIC that some meetings to plan the assassination of Hariri took place in the Syrian presidential palace, other meetings took place at the Meridian Hotel in Damascus, and the office of General Assef Shawkat, the brother-in-law of Assad and the head of military intelligence.

Husam also claimed to have seen the Mitsubishi van which fits the description of that used to kill Hariri at a Syrian military base in Hammana, Lebanon.

The above claims are not validated and no real actions have been taken against Husam.

Help us improve this page:   Correct or update the Husam Taher Husam page