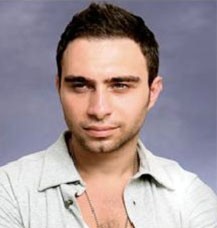 Hossam habib also known as Hussam Habib or Housam Habib is an Egyptian singer, Hussam Habib was born on the 31th of May 1980 in Cairo, Egypt.

Lessa Album for hussam was a huge success and created for him a base of fans from accross the world.

Hossam Habib worked with great names such as Amr Mostafa and Tamer Ali for Composing his songs, and with Nader Hamdy and Mohamed Awad for music arrangements.

Help us improve this page:   Correct or update the Hossam Habib page