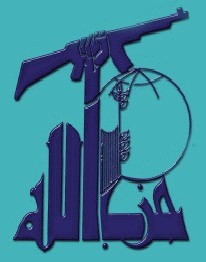 Hezbollah also known as Hezbollah, Hizb-Allah, Hezb Allah, or hizbullah (In Arabic this means the Party of God) is a Lebanese Islamic group part of the Lebanese resistance movement, with both a military and a civilian power. The organization was founded back in 1982 with the intention of fighting the Israeli occupation in the south of Lebanon, along the border of Israel.

Hezbollah is a key political party which represents the Shia community which is a very large religious Lebanese group.

Hizbulla is believed to have been founded with the help of Iran. Hizboulla follows the Shiite Islamist ideology developed by Ayatollah Ruhollah Khomeini, who is the leader of the Islamic Revolution in Iran.

The civilian power of Hezboullah runs in mostly all sectors of the country ranging from news services such as AL-Manar TV, hospitals, and funding organizations. Hizboulla also has representatives, members of the Lebanese Parliament.

Jihad al-Bina is a constructional campaign which was responsible for several infrastructural and economic projects in Shiah populated areas of Lebanon, mainly south of Beirut.

Because Hizboulla has fought attacks from North of Israel (occupied Palestine) many governments have designated it as a terrorist group.

Hezboullah is however considered by several Arab and Muslim countries as a legitimate resistance movement of Lebanon, Hezbollah is also considered as prominent political party in Lebanon which is responsible for the safety of south Lebanon.

In 2006, Israel waged war on Lebanon after Hezbollah captured two Israeli soldiers and asked for a trade-off with the hundreds of Lebanese hostages illegally held in Israeli prisons.


Hezbollah Relationship with the United States
Despite their obvious legitimate face, the United States considers Hezbollah solely a terrorist organization.
The US points to many attacks which Hizbollah saw as legitimate to outline it's claim. The attacks include, An attack on a Israeli building in Buenos Aires, Argentina, the hijacking of TWA Flight 847, and the bombing of a Marine Barracks compound in Beirut, killing two-hundred and forty-one US Marines among others.

Help us improve this page:   Correct or update the Hizbollah page