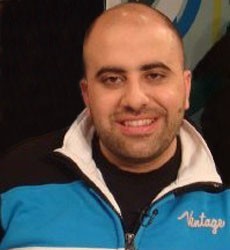 Hisham Haddad is a Lebanese comedian and TV host.

Help us improve this page:   Correct or update the Hisham Haddad page