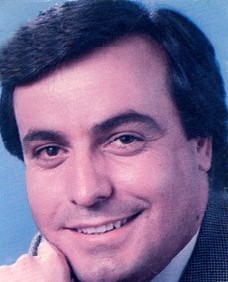 Hekmat Wehbe was born in the year 1951 to a Druze Muslim family. In the early seventies, He was discovered by Pierre Gideon and Edmond Hanania who saw his talent and asked him to join Asrah Al Saa Al Ashira (The 10th clock theater), on the stage of Casino of Lebanon.

In the year 1976 Hekmat Wehbe was offered work at Radio Monte Carlo, where he became a radio host star in the arab world.

In a panel of 300 on the playgrounds of young Lebanese television. Accompanied by the artist managed sentenced Samar Zein to reach the hearts of children in an easy and fun way, says director Nicola Abu Sameh: "I was looking on from a close from the heart to provide the program, not only I ruled."

He took role in the lebanese movie Hasnaa and Amalika (Beauty and Giants), He sang his famous song «Tamara» in the movie Akher Sayf (The Last Summer).

While he was not a professional singer, Hekmat Wehbeh release an album in which he sang a dozen songs.

Hekmat Wehbe worked at Radio Monte Carlo (R.M.C) for a period of 17 years as a radio host, however the severe jealousy of some of his colleagues, and management schemes have forced him to resign and his resignation got accepted.

Hekmat immediately lost his memory while on the air and went to the hospital, left his work in the station and return to Lebanon to die among his family

On the 10th of February 1992, he lost his battle and his journey to cancer, however he witnessed the birth of his son, Jad Wehbeh, who glimpsed the light months before his fathers death.

Riyad Sharara the famous lebanese television host has asked to name a university hall with the name of Hikmat Wehbeh, however his wish did not become a reality because Riyad died soon after before his wish was put forward to action.

Help us improve this page:   Correct or update the Hekmat Wehbe page