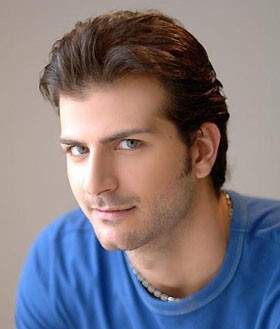 Hani Hussein played a major role in star academy 3, he was among the last 3 candidates who competed in the final prime.

Hani Hussein was born in 1981 in Egypt, his hobbies include Drawing and Dancing.

At the age of 25 Hani Hussein joined the star academy members and soon captured the hearts of Arabs all around the world. Boys and Girls loved him because he had a sweet heart and a nice voice.

Many critics favored him to win the star academy, however Joseph Attieh was the one who won at star academy 3.

Rumors are circulating that Egyptian Star Academy 3 Hani Hussein is planing to make a duet song with an international singer.

The results of the Star Academy 3 were as follows

Congratulations to Hani Hussein from Egypt and Hanaa El Idrissi Morocco and to all the stars of Star Academy.

Help us improve this page:   Correct or update the Hani Hussein page