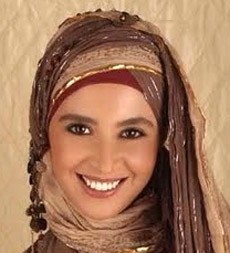 Hanan Turk is a famous Egyptian actress. She is also known as Hanan Al Tork, she also used to be a ballerina dancer before she became a professional actress.

Hanan Turk was born on the 7th of March 1975 in Egypt, her birth full name was Hanan Hassan Mohamed Abed Al Karim.

Hanane El Turk comes from a Turkish family, her family has two brothers named Housam and Hussein. Her father had his own clothing factory known as El Turki for Dresses.

Her first role as a professional actress was in the 1992 Egyptian movie Raghba metawahesha.
Since then she has appeared in over 20 movies, her best roles where in the 2004 movie Tito along with Ahmad Al Sakka.

In the year 2007 she took role in two movies As Wa Lazaa and Ahllame Haeeya.

Help us improve this page:   Correct or update the Hanan Turk page