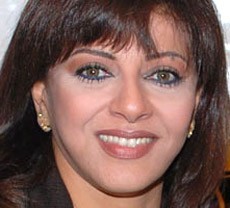 Her full name is Hala Sedki George Younan, She wa born on the 12th of June 1961 in Cairo, Egypt.

In addition to cinema, Sedki also took role in a lot of successful Television dramas such as Awrak Mesriya, Arabisk and Zaman El Aolama.

In the year 2007, Sedki took role in a movie about Alexander the Great, the movie is known as "Young Alexander". In the same year Hala took role in the movie Heyya Fawdah.

Help us improve this page:   Correct or update the Hala Sedki page