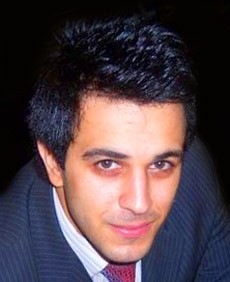 Haitham Nabil graduated from the University of 6-October in Cairo, Egypt with a degree in Media and Mass Communications.

Haitham started his own band with few friends and started composing and singing during college.

Haitham signed his first music contract at the age of twenty-one with a Libyan record company called Libo, managed by Hamid El Shaery.

In 2004, He released his first song called Ya Foraa which was Produced by Libo music and arranged by Hamid.

In 2005, Haitham released his second song, Kelmet Wadaa which got a lot of attention from fans.

After leaving Libo music, Haitham signed a new contract with Star Gate, which is owned by producer Tarek Al Arian.

In 2006, Haitham released his first video clip for the song Kan Kalamy, the clip was directed by Al Arian.

Help us improve this page:   Correct or update the Haitham Nabil page