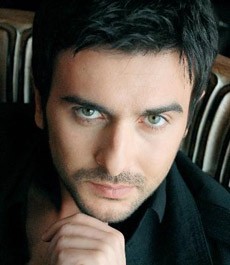 Gokhan Tepe also known Gökhan Tepe is a famous Turkish actor who was born on the 8th of February 1978 in Istanbul, Turkey.

Gokhan Tepe is 184 cm tall, he came to fame in the middle east in the year 2008 in a Television series Lahzet Wada3 which got dubbed and played on MBC.


Many compare his fame in the middle east to Kivanc Tatlitug another famous turkish actor. Both actors gained a lot of success among teens and women.

Help us improve this page:   Correct or update the Gokhan Tepe page