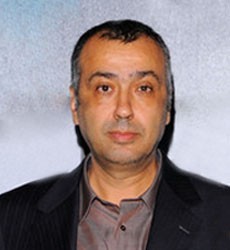 Georges Hachem is a Lebanese Director.

Formerly trained in performing arts at the Lebanese University, Georges Hachem graduated from the Ecole Nationale Louis Lumiere in France.

Before his breakthrough, George Hashem conducted training workshops in film and actor directing both in Beirut and Paris. He had also staged several plays and directed several short films.

Help us improve this page:   Correct or update the Georges Hachem page