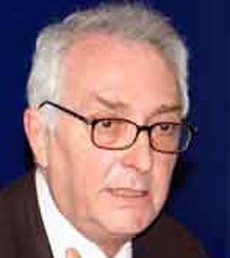 Georges Corm is a Lebanese Politician, Economist and Historian. Georges Corm was born on the 15th of June 1940 in Lebanon.

Between the 4th of December 1998 and the 28th of October 2000 Corm was the Finance Minister in the Lebanese government of Salim El Hoss.

Corm is an economic consultant to international organizations.

Georges Corm is a professor at Saint Joseph University in Lebanon.

Between the years 1958 and 1961 Georges Corm studied at the Institut d'Etudes Politiques de Paris.

He graduated with a degree in Public Finance.

In the year 1969 Georges got his PhD in Constitutional Law from Paris University.

Georges Corm books were translated to many languages.

Help us improve this page:   Correct or update the Georges Corm page