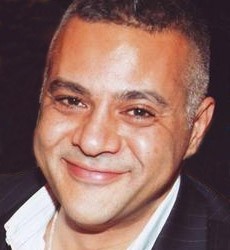 Also known as Jamal Ashraf Marwan, his full name is Gamal Mohammed Ashraf Abu Al-Wafa Marwan. He was born on the 17th of April 1967 to Mona Abdel Nasser (making him the grandson of great leader the late President Gamal Abdel Nasser) and to Dr. Ashraf Marwan an army officer that became the political and security adviser to the late President Anwar Sadat after Nasser's death.

Gamal Ashraf Marwan is married to Gilan Mahmoud Shmud, granddaughter of Leithy Nassif, a Presidential Guard President. Together they have 3 children Ashraf, Mahmoud and Mariam.

Gamal is the Director of Pyramid Investment Holdings Limited-London, and works in Sigma Tourism, a stock exchange and tourism company in Egypt. He is however mostly known as the owner of Melody with all its sub-outlets like the the TV channels Melody Hits, Melody Music, Melody Trix, Melody Tunes, Melody Arabia, Melody Drama and Melody FM Radios in Egypt, Lebanon, Syria and Jordan.


In 2010-2011, Gamal Ashraf Marwan got caught up in a scandal involving the Lebanese Amar singer. More details under Amar Baby Boy Son.

Help us improve this page:   Correct or update the Gamal Ashraf Marwan page