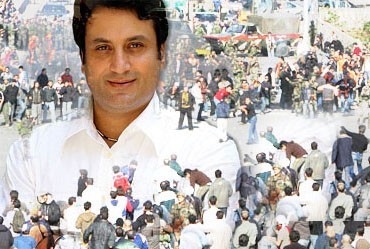 It seems that millennium Nostradamus; Michel Hayek predictions are starting to take effect.

On the New Years Eve of 2007 and during an interview with Tony Khalifeh which was broadcasted live on the Lebanese Broadcasting Corporation -LBC, Michel said his predictions as he saw many images from the future.

Among his many predictions, Michel Hayek saw this image in his mind (Blood in one of the Universities in Lebanon.)

Three weeks later, in the afternoon of January 25th 2007, The Arab University in Beirut had a small fight which soon evolved into a bloody clash which made one of the worst days in the history of Lebanon. 3 people were dead and several injured. Blood was everywhere and fire broke in many cars which were being smashed by the angry crowd.

This is just for history, remember that Lebanon Links was the first to reveal and confirm this prediction of the 2007, Now the media has some material which they can use without forgeting Lebanon Links courtesy, since we were the first to make you aware of this... and of course a great thanks to Michel who keeps us amazed every year.