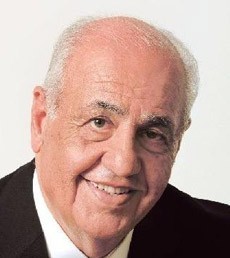 Farid Habib is a Lebanese politician and a known member of the Lebanese Forces group (LF).

Farid Habib was born on the 8th of January 1935 in Kousba, Al Koura, North Lebanon.

In the year 2005, Farid Habib became an MP in the Lebanese Parliament representing the district Koura.

Farid Habib is married to Mary Fayad. The couple have a daughter Lara Habib and son Ziad Habib.

Help us improve this page:   Correct or update the Farid Habib page