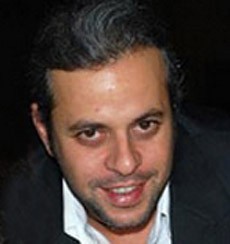 Fadi Haddad was born on the 21st of December 1974 in Lebanon.

In addition, Haddad worked with new and promising talents such as Nader El Atat.

In Decemeber 2009, Fadi Hadad got married to a Carol Samaha (not the famous singer), His wedding took place at Al Habtour Hotel, many media personalities and celebrties such as Latifa were invited.

Prior to his wedding, some intimate photos of him with Lebanese singer Dana Halabi circulated the net and caused a bit of friction between the two. He decided to calm down and promised to take legal action against Dana.

Help us improve this page:   Correct or update the Fadi Haddad page