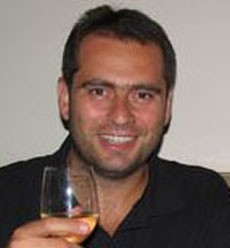 Emile Emile Lahoud the son was born on the January 21st of 1975 in Baabdat, Lebanon. He completed his secondary studies at International College (IC) Beirut, then got enrolled as Freshman student at Notre Dame University (NDU). In the year 1993, He got transferred to the Lebanese American University (L.A.U. previously known as B.U.C.) where he pursued a Bachelor of Science in Business Marketing.

In the month of August 2000, Lahoud was elected deputy of Metn. He claimed the position until May 2005.

As he witnessed first hand the 1996 parliamentary elections, Emile became interested in the world of politics. After graduating in 1997, he registered in the Master of Arts in International Affairs at LAU in order to further his knowledge in politics, international relations, economics, and social affairs. He completed this program in 1999.

Emile Emile Lahoud fulfilled the Lebanese National Army service from May 17 1999 until May 17 2000.

Help us improve this page:   Correct or update the Emile Emile Lahoud page