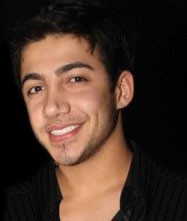 Elie Krikorian is a young Lebanese stand-up comedian, and an aspiring singer.

Elie Krikorian currently works as a salesman at the home appliance and electronic mega-store Khoury Home.

Help us improve this page:   Correct or update the Elie Krikorian page