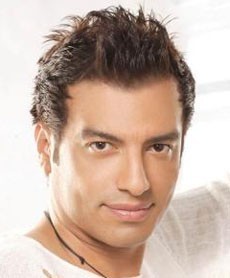 Ehab Tawfik is a well known is a famous Egyptian singer. He was born on the 7th of January 1966 in Egypt.

Ehab Tawfik played the lute since he was a child, his passion for music began at the age of nine.

Ehab began his career in the year 1989 when he released his first single called Dany. His debut album was launched in the year 1990, entitled Ekmini.

In the year 1995 Ehab got his masters degree for his thesis about the Egyptian Song in the Second Half of the Twentieth Century, and decided to follow it up with a Doctorate in Music, which he received in April 2002.

Ehab Tawfic doctorate was about The Methods of Performing Arabic Singing in Egypt during the second half of the last century.

Help us improve this page:   Correct or update the Ehab Tawfik page