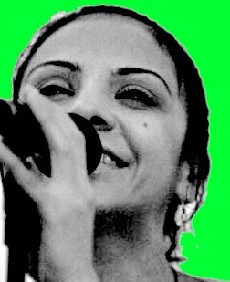 Donia Massoud (sometimes written Dunia Masoud), was born in Alexandria. She left for Cairo at the age 21.

Donia Massoud’s musical repertoire is mostly Egyptian folklore World Music, which she shares with the Fathi Salama group and Al- Warsha troupe while on tour. She also performs in solo and often travels to Lebanon where she resides for long periods of time and is received on TV shows. Dunia possesses a beautiful deep voice, perfectly adapted for Egyptian folk poetry and music. She however also delivers the most interesting interpretations of Lebanese songs, mainly Ziad Rahbani.

Donia Massoud has also appeared in a number of Egyptian movies and TV series.

Help us improve this page:   Correct or update the Donia Massoud page