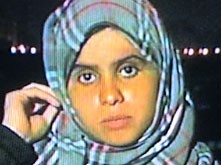 Dina Abdallah took part in the protests held in Tahrir Square starting on 25 January 2011, which later led to the end of Hosni Mubarak's regime.

Dina Abdallah was only 17 at the time, and wasn't expecting the demonstrations to last more than one hour. She joined the April 6 Youth Movement Egypt, and other facebook groups that had organized the protests, in the company of her sister. Things progressed, and she saw herself gradually being part of what became the Egyptian revolution that ended the corrupt regime of Mubarak.

Dina Abdallah was born on 06 June 1990 in Egypt. She is a university student at Modern Academy Maadi.

Dina Abdallah criticized those Egyptian artists and singers, such as Omar Adib, Tamer Hosny and Lamis el Hadid, who were sitting in their secure homes watching the youth getting beaten in the streets the whole time, only to later attempt to get some media attention after the revolution was approaching success. This is why she said they were refused admission into Tahrir Square. Some were even known to be pro-Mubarak. She added that Tamer's songs did not prevent the Baltagiya or Egyptian police from hurting the peaceful protesters, and asked to boycott such hypocritical artists. See Tamer Hosni kicked out of Tahrir Square.


Help us improve this page:   Correct or update the Dina Abdallah page