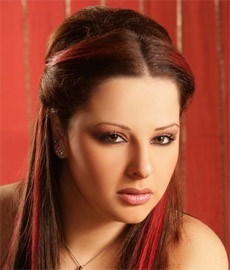 Diana Karazon is an arabic pop singer who was the winner of Future Super Star Talent Program in the year 2003.

Diana Karazon was born on the 30th of October 1983 in Kuwait, and got raised in Amman, Jordan. Diana is of Palestinian roots. She started her singing career as a child supported by her father who himself was a musician and a member of Jordanian artists association.

Diana Karazon first performance was when she was only six years old in a song entitled "Ya ayyuha al meleko (Oh your highness the King)", a song which was dedicated to King Hussein.

After that, Diana started performing in several competitions in and out of Jordan. Her major achievement was winning a contest produced by MBC Radio. After that she applied to Superstar the Arab Idol singing competition produced by Future Television, and she won the title.

During and after winning the title, Diana had few extra pounds which stood in the way to her sexy look, she decided to be away for a year and so and then came back reformed as a sexy model body and look. People were amazed to see the major transformation which she had done and now she is compared to the sexiest singers out there.

Help us improve this page:   Correct or update the Diana Karazon page