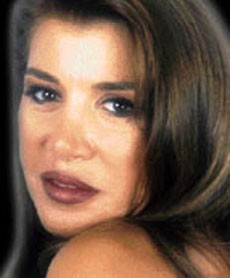 Dany Boustros also known as Dani Bustros is a Lebanese dancer, choreographer, singer, actress and poet. Dany Boustros was born on the 8th of October 1959 in Beirut. Dany Bostros dedicated her life to the performing dance arts. Dany Boustros commited sucide on Sunday the 27th of December 1998 by shooting herself with a gun in her appartment in Beirut.

As a singer, Dany participated in art festivals across the region, performing in Jordan, Turkey, Dubai, Syria, Spain, as well as other European countries. She was best known for her successful blending of Oriental dance and Western dance forms such as flamenco and modern dance.

According to her colleagues, Dany Boustros never got over the death of her son who passed away in a tragic incident some five years ago; he was only 16 years old then. She even attempted to commit suicide by taking pills twice after the loss of her beloved. In her diary, she had always hinted at putting an end to her suffering.

Some friends describe her as a lonely sad person. They said her real death was when she lost her son. "I do not fear death. Death puts an end to man's misery on Earth," Dany said in a televised interview two years ago.

Lebanese dancer, Dany Boustros, died yesterday from a brain hemorrhage after shooting herself in the head on Saturday. She was found bleeding in her bedroom where she locked herself up before she had reportedly shot herself in the head at close range with a small pistol. Security sources said Dany was facing repeated bouts of depression and financial problems.

Present at the house at that time where her Filipino maid and a Saudi guy named, Nasser Malik Darrar, who lived with her for almost a year.

Investigators believe Dany may have committed suicide because of financial difficulties and emotional problems. Dany had made two previous suicide attempts after the death of her 16-year-old son in a drowning accident more than four years ago.

She was supposed to perform this evening at the Regency Palace Hotel in Adma on the occasion of New Year Year's Eve. But she withered away too soon when she chose to put an end to her life a few days earlier.

Help us improve this page:   Correct or update the Dany Boustros page