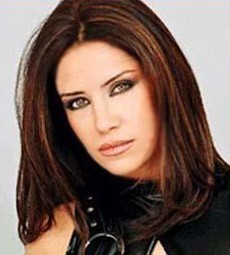 Dalida Chammai is a Lebanese singer, model and beauty queen.

Dalida Chammai was born on the 2nd of October 1973 in Lebanon. She received an Italian language certificate from the Holy Spirit University. She also took courses at the American Language Center in Beirut.

Dalida Chammai was selected as Miss Lebanon 1997 at the age of 23.

She then became one of the girls in the Band The 4 Cats, a group created and managed by Ghassan Rahbani (who also became her husband) .

Help us improve this page:   Correct or update the Dalida Chammai page