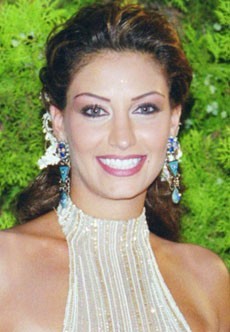 In December 2014, Sawaya ventured into the arabic music scene and released her first single entitled Ana Daybi. She also released a video clip for the song which was directed by May Elias. The model in her clip was Lebanese Rabih El Zein from Nidal Bcherrawi Agency.

By the end of the year 2014, Christina and Tony announced that they are getting a divorce. They asked the media to stay away and give them their privacy. They confirmed that both came to this agreement and that both are still good friends. The couple have two children from their marriage of many years.

Help us improve this page:   Correct or update the Christina Sawaya page