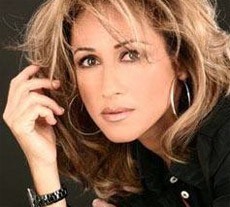 Carol Saker was originally known for her English songs back in the 1990s. She was a member and lead vocalist of the music band ZED. Carol Sakr is married to Hadi Sharara, son of the famous TV personality Riad Sharara.

Carol disappeared in the early 2000 and reappeared on the music scene with a new Arabic album which made her step back into the music industry. Carol has a powerful voice that hits most notes, equally well in Arabic and English.

Later on in the year 2006, Hadi Sharara supported his wife Carol Sakr in driving her new album entitled Daiet Albak to reach the top charts in the Arab world. He arranged all the album songs and composed the song -Wayn Blaeek . He also starred next to Carol and the famous musician Melhem Barakat in shooting the music video clip for the song Daiet Albak.

Help us improve this page:   Correct or update the Carol Saker page