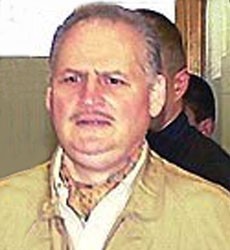 Carlos the Jackal was a worldwide controversial personality from the 70s.

Dubbed Carlos the Jackal by the Guardian, his real name is Ilich Ramirez Sanchez. His Marxist father named him "Ilich" as a tribute to Lenin ( full name Vladimir Ilyich Lenin). Born on October 12, 1949 in Caracas, Venezuela, where he was raised, he was also schooled in England, attended university in Moscow, and also later trained in Lebanon.

Carlos the Jackal first joined the youth movement of the national communist party, before later on working with and for causes associated with communists, Arab nationalists and Islamists.

For two decades, Ilich Ramírez Sánchez was one of the most wanted fugitives on the planet. Between 1974, in London, where he tried to assassinate a British businessman; and 1994, when he was arrested in Khartoum, he lived several lives under various pseudonyms, weaving his way through the complexities of international politics of the period.

In 1970, Carlos volunteered for the Popular Front for the Liberation of Palestine (PFLP), which was best known at the time for pioneering notorious airline hijackings. But Ramirez's was mostly famous for the takeover of OPEC headquarters in Vienna at a 1975 Conference, where he also took 11 members hostage. They were eventually transported to Algiers and freed.

In August 2010, Venezuela’s Communist Party urged the government to seek the repatriation of Carlos the Jackal. Party representative Pedro Eusse said President Hugo Chavez’s administration should ask France to let Ramirez serve the remainder of his sentence in his homeland.

To note that in 2010, a mini-series based on him called 'Carlos' was directed by Olivier Assayas, and featured Ahmad Kaabour.

Help us improve this page:   Correct or update the Carlos the Jackal page