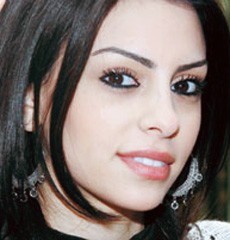 Brigitte Yaghi or Brigite Yaghy was born on the 18th of November 1987 in Lebanon.

Brigitte is a fresh Lebanese singer who came under the spot light after reaching the fifth position during the Future TV Super Star 2, a famous talent show which mimics the American Idol TV talent show.

Although Brigitte Yaghi says to be inspired by Warda Al Jazairiya and many other Arab artists and singers, it is certain she has much higher goals!

Brigitte is obviously headed towards unprecedented stardom and has recently released a hit single produced by one of Michael Jackson’s production team, Ricky Stuart! Her rhythmic single called Alby W Omry produced by Jean Marie Riachi, was shot in Los Angeles, and directed by Ray Kay who has previously worked for Rihanna and even Britney Spears.

The video, which also doubles as a PEPSI commercial, spotlights a sexy and modern woman, behaving somewhat similar to what is currently done by famous American R&B female singers.

Help us improve this page:   Correct or update the Brigitte Yaghi page